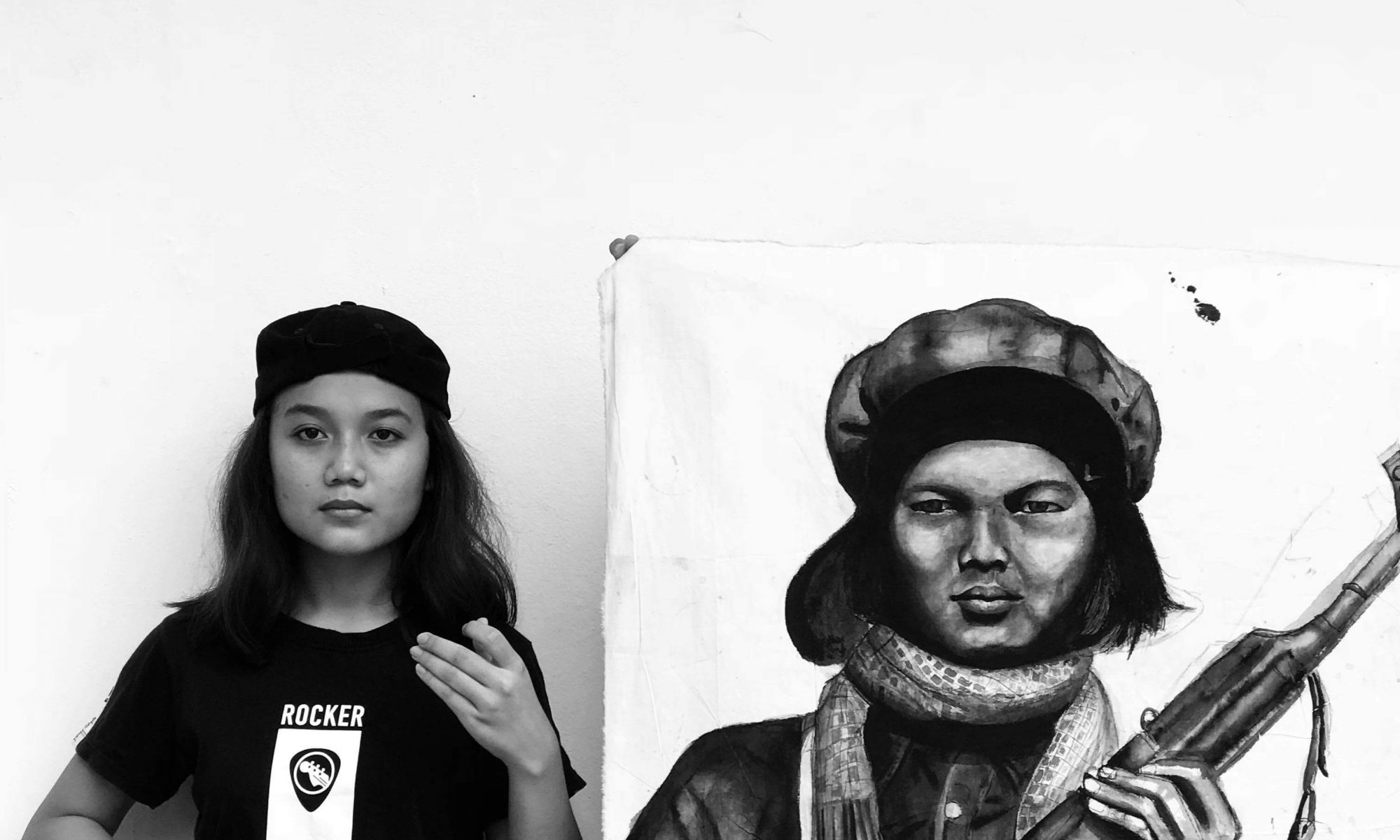 When heard about a filming internship, I was fully interested and would like to invest in the field further, so I decided to apply for a spot in the internship; I was selected!

The first day of the internship started strong. Donivan, a film teacher from New York and Ryan’s brother (Ryan is the CEO of the company we interned for, MinorACT)  presented us with different projects we can do in order to prepare us for further plan.

Here are some projects we did:

First day of the internship we were introduced to a group of Phare’s art (specifically drawing and painting) students. In order to grow the close friendship, the Phare students selected four of their art works in order for us to recreate together. We all were divided into four teams: each team was assigned a painting. From this  activity I noticed that the amount of attention and observation that was put into this project exceeds explary. I team assigned jobs in order to make this successful. I was the model while three other people are: Venghour: Model’s Stylish, Sovid: Precision Checker and Rithy: Photographer

People said whoever is the model has the easiest job. I wouldn’t say so. All responsibilities were tough; Venghour had to make sure that my hair matches the painting and literally every single detail had to match as close as possible, Sovid had to make sure he communicate to Venghour clearly for changes, Rithy has to capture the moment as it happens and has to adjust the scale of the model and the painting, while the model had to sculpture themselves and the greatest challenge for me while modelling was that the fingers details was really difficult. But at the end of the day our team made it. We were able to recreate the painting!

For this activity we each spend 30 – 40 minutes in order to observe animals and some activities in details. We observed 4 things: pigs, cows, chickens, and the members in our internship.

By the end of this activity I’ve learn so much valuable lessons. This activity allow me to be open-minded and patient. It also allows me to learn about things carefully and closely. By observing animals closely I learn their physical features, activities and emotions better. Out of the three animals I felt most connected to chicken. While I was observing chicken I felt like I learned so much about them. Their sound and their herd behavior. Living in Cambodia, animals like chicken are seen everywhere but I have never had the opportunity to spend that much time with them. Based on that observation I can conclude that chickens are animals with curiosity and friendly at the same time. At another observation, I noticed that pigs are actually has so many similar traits to us humans. When ever I stared at their eyes, I felt like another human being was looking at me.

The aim of this activity is for us to do brief encounters on things we don’t think matters and to never take the advantage of what we know because there’s always something new to learn.

After watching A Man Escaped (check summary below) in details for days, we’ve observed that this film had so many hands shot. Hands was so important: they were the storyteller. So we learned to shoot pictures of different people’s hands around the campus of Phare Ponleu Selpak.

To carry on our study of hands we tried to recreate different classical hands. My team got Socrates. We tried so many times in order to make our work looks as close to the picture we received as possible.

Color Photos is an activity for us to take pictures of objects with specific characteristic; in this case it’s color. The color I got was yellow. I found it extremely difficult to only focus on one color because it’s really rare to find anything yellow. I was thankful that we did that because I challenge myself by taking pictures from variety of angles.

La Strada was one of the first movies we watched during the internship. La Strada was really interesting because it contains so much emotions. So Donivan assigned us parts of the movie in order to recreate.

For this activity we went to a pagoda and found an abandoned temple that was known to be left from the Khmer Rouge Regime. We were assigned to be taking photos of anywhere close to the temple.

Here are some of my favorite movies and documentaries we watched: