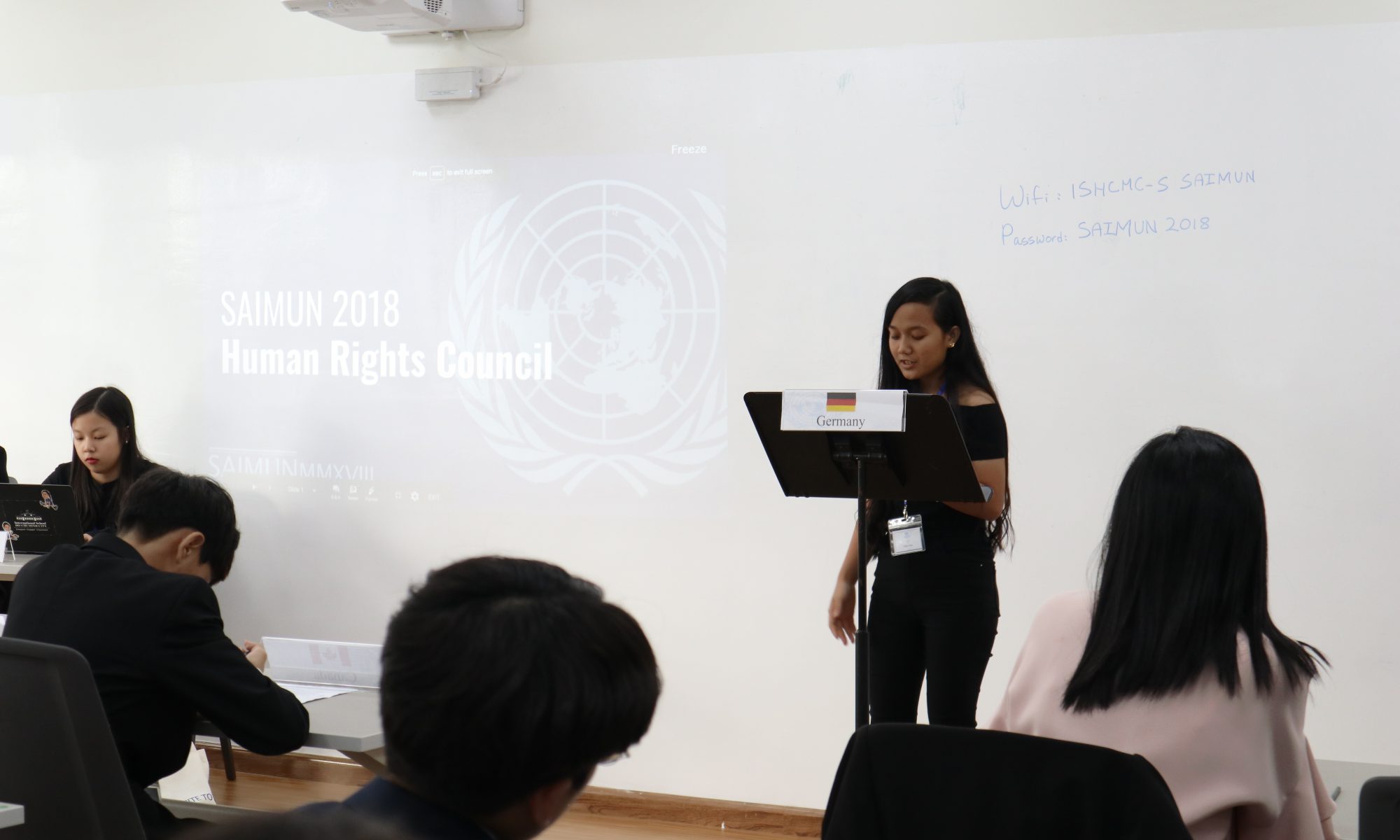 SAIMUN MMXVIII (2018) is a model united nations conference that took place in Saigon, Vietnam from the 30th of March to the 1st of April. This conference hosted different schools from Vietnam and Cambodia. Liger was a part of it. Liger has selected nine students to become a delegate in order to participate in the conference. I was chosen and decided to choose to represent Germany.

Representing Germany in the Human Rights Council was a pleasure. I was able to represent a country that stands in a positive position involving human rights. The topics that we debated on was: measures to resolve the humanitarian crisis in Myanmar and Bangladesh, addressing equality and legal rights for the LGTBQ community, ensuring access to education for people with disabilities, ensuring human rights for migrant workers in the Middle East.

At the conference, I teamed up with six other delegates in order to come up with a reasonable resolution to be debated on under the topic of addressing equality and legal rights for the LGTBQ community. I was little intimidated due to the fact that the majority of the delegates in the house has so much more experience than me, but I manage to play along and made point of informations, amendments and speeches. Here is our resolution

Realizing that 42% of people who are part of the LGBTQ community report are living in an unwelcoming environment,

Alarmed by the facts that one in five LGBTQ people have experienced a hate crime or incident because of their sexual orientation and/or gender identity in the last 12 months,

Bearing in mind that there are no existing free, universal hotlines for people to anonymously report injustice against the LGBTQ community,

Deeply concerned that most governments deny trans people the right to legally change their name and gender from those that were assigned to them at birth,

Deeply disturbed that a quarter of the world’s population believes that being LGBTQ should be a crime and be penalised for,

Reaffirms that everyone has equal rights and freedoms to set forth in the Universal Declaration of Human Rights, without discriminations regardless of their race, sex, religion, sexual orientation or other status:

At the end of the day, I gain so much experience. SAIMUN MMXVIII is personally the best MUN experience I’ve ever had yet. I will definitely continue my MUN journey in more conferences because I love to debate and one day I would also love to become a representative to be a part of the real UN.