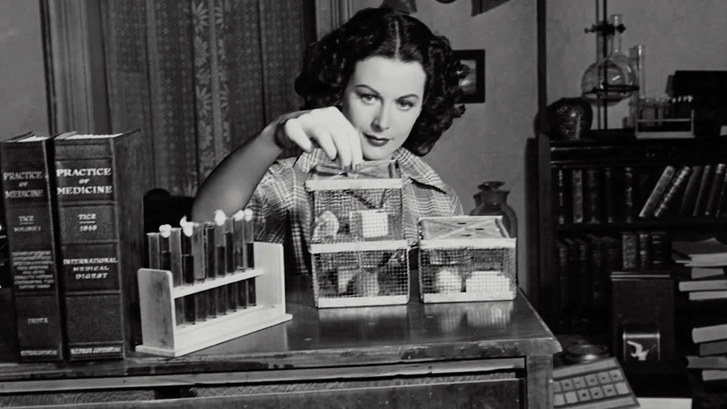 Hedy Lamarr is an Austrian American actress and inventor that was born in a Jewish family on the 9th of November in the year of 1914. Hedy Lamarr was famous for her amazing acting skills and most importantly her outstanding look; many of the Hollywood stars as well as many fans have even considered her to be the most beautiful person in the world .

How can such a “beautiful” actress get involved in such a field as stem and even invent and co-invent some amazing inventions?

At the age of 18 Lamarr was married to Fritz Mandl, the third richest man that manufacture munitation and sell them to Nazi. The relationship between Mandl and Lamarr wasn’t healthy because Mandl is such a controlling husband and is not happy with her becoming an actress. Lamarr was found by an Austrian film director in her teen years and released her first movie, Ecstasy. Due to the unhealthy relationship Lamarr decided to flee to America and sign a contract with Metro-Goldwyn-Mayer studio in Hollywood. Her first movie, Algiers, was a success, her career started to take off and she started to be involved in so many other famous films such as Lady of the Tropics, Boom Town, Tortilla Flat, and Samson and Delilah.

In 1940 Hedy met George Antheil, a composer in the Hollywood industry. They’re neighbor and soon become close friends. As neighbors the both of them started sharing their thoughts and carrier. One day George showed Lamarr piano and the fact that it can hops from one note to another and can make a beautiful and distinctive sound. After that session Lamarr had an idea, “If piano keys can hope from one note to the other why can’t a radio frequency hope from one to another by torpedo.” Now this idea wasn’t really unique but the idea of manipulating radio frequency at irregular intervals between transmission and reception to make it impossible to break the code is. Their invention was “Secret Communication System” which is the basis modern cell phone technology, WiFi, GPS, Military communications and wireless communication. The main reason behind Hedy and George Antheil invention was because they wanted to help to combat the Nazi.

In the year 1941 Hedy and George got patent but their invention wasn’t that popular until a few decades later. Later on Lamarr and Anthiel proposed this invention/device to American government but it wasn’t interesting enough to them until in the 1960s the navy started to adopt it. Lamarr received very little recognition for her invention and innovative ideas but instead was labeled and known for her looks. As a self taught inventor, Lamarr never mentioned this side of her, even Lamarr’s own son barely knows that his mom is an amazing inventor. But, in 1997 she and George won Electronic Frontier Foundation Pioneer Award. Later on that same year Lamarr became the first female to be titled and won “The Oscar of Inventing.” Unfortunately, Lamarr was found dead due to natural causes in 2000 at the age of 86.

Hedy Lamarr will never be forgotten, on her 101st birthday Google has created a doodle in honor of her inventions. Additionally many people has created documentaries, storytelling, and have written many books about her.

Hedy Lamarr is a role model and a reflection to encourage women to not be ashamed to share their ideas or be a part of the science field. Lamarr is such an inspiration to so many people both men and women.

One Reply to “Women In STEM – HEDY LAMARR an Amazing Inventor Who Happens to also Act!”