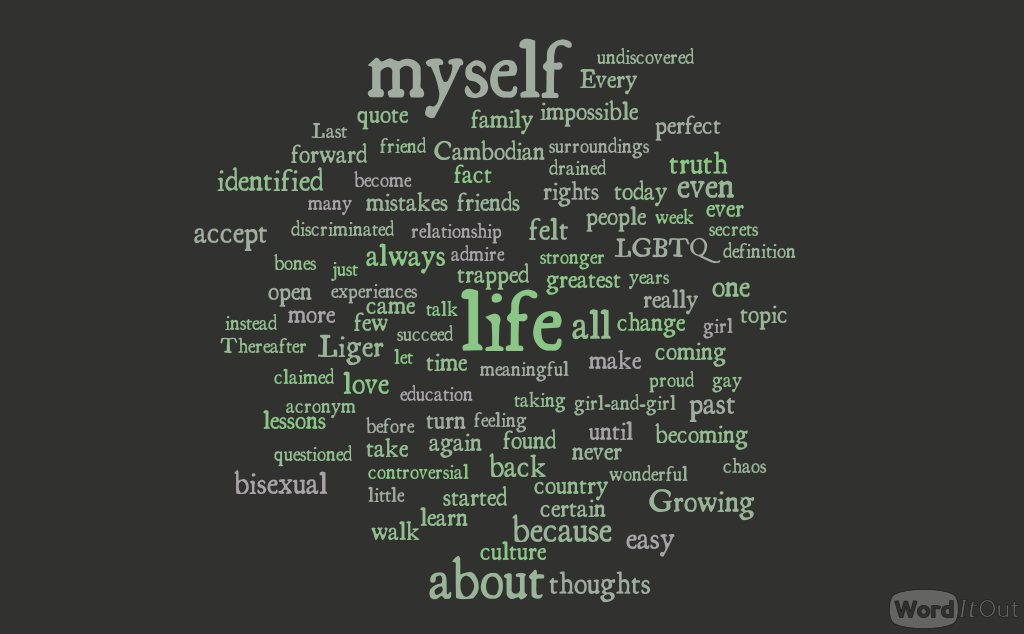 This year in Literacy Class I was working on a writing project (paper) that is called Coming Of Age Narrative Essay. Down below is my story. END_OF_DOCUMENT_TOKEN_TO_BE_REPLACED 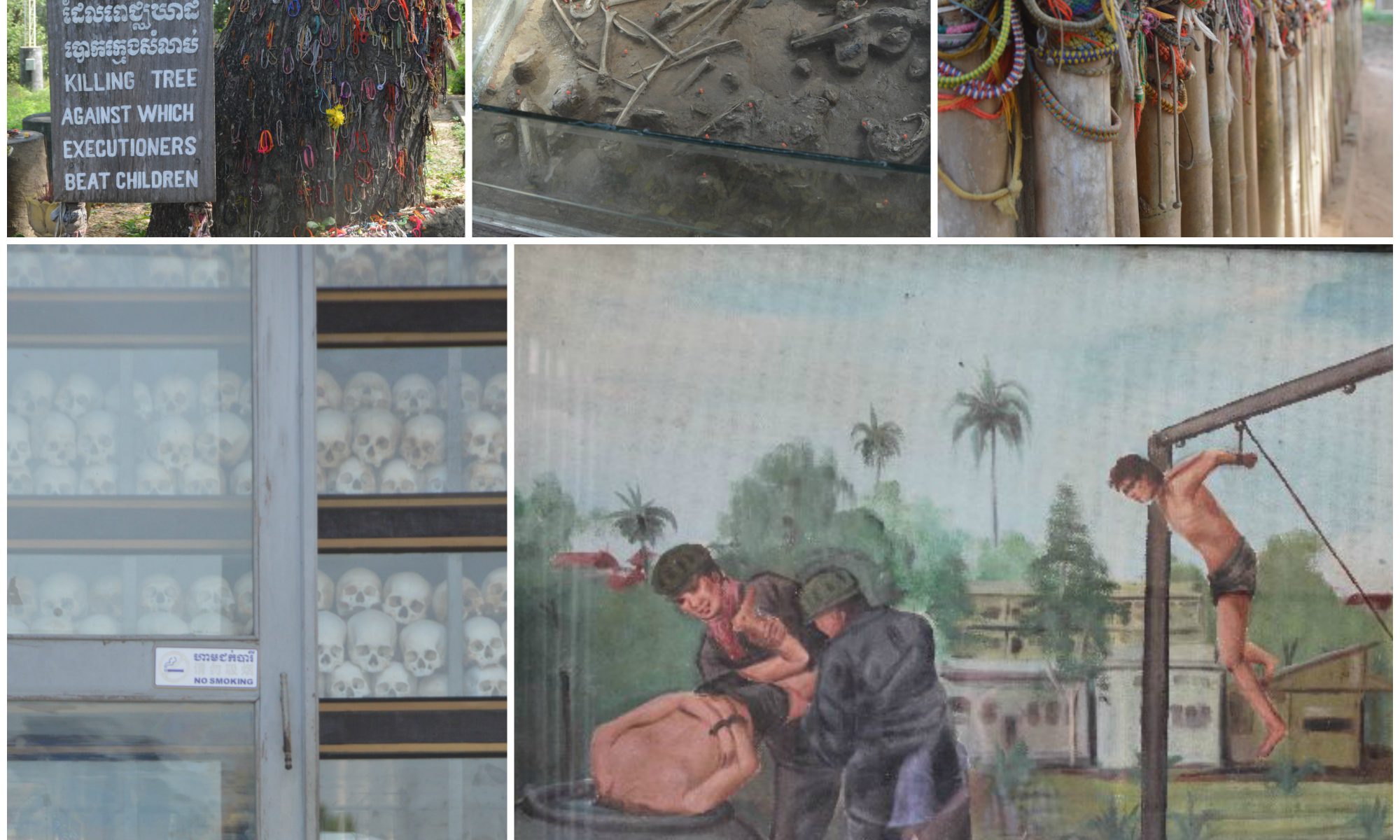 January 25th 2017 a few of my classmates and I went to S21 also known as a place for Khmer Rouge to keep, torture victims and gather information. As soon as I get out of the school van I can feel the chills. I can see a few beds (that victims use to sleep there) inside through a very dark window. I thought that I could never do this, that I couldn’t go inside because it was so touching. But I did it, I thought that if I couldn’t do it I wouldn’t have write this, it’s like I just waste an amazing opportunity to learn about something that is very extreme. And am glad I did it anyways.

I choose to do the audio tour there. I’m am so delightful that I choose it over a tour guide, even though with tour guides I can ask as many questions as possible, but in this case I wouldn’t find tour guide helpful at all because to me it is just a distraction. When I am listening to the audio I can feel the author, it’s like I’m living in the world. And what’s even creepier is that I feel that I was one of the victim!

For me It was so surprising to know that only 7 people survived from that big environment. I feel really heartbroken for every victims that were killed there especially the 14 people that was the last to die in S21 because they were found laid on the bed (that I mentioned about earlier) after the genocide ends. It is even worst to know that there were so many ways that the Khmer Rouge killed people there.

Khmer Rouge’s goal was not to kill everyone but their goal was to abuse everyone so that they will give them answers about people who might betray Khmer Rouge.

Back to the audio – so I was sitting outside under this big tree and in front of me there were two big buildings. I saw several visitors walked in there and I wonder what can possibly be in there (well I mean I saw it through the window on the first floor but I don’t know what’s inside in every room or every floor.) So as soon as I reached audio number 4 I was standing in front of building A. I walked slowly and was very concentrate. The first image that jumped into my eyes were the stain blood on the floor and the picture that was hanging on the wall. It was the picture of the victim that was seen dead after the genocide. In every single room that I went in I feel something, and I feel that the feeling is getting stronger. On the second floor of building A there weren’t many things to look at except the open place in rooms with pictures hanging and blood stain. Even though there weren’t many things that is going on in that building I still feel very terrified, but luckily I went up there along with 2 other friends.

Directly after that building I saw a huge and tall wooden pillar that was known to be one of the places that Khmer Rouge used to punish the victims by tying their hands together and pull them up (Ugh!! Just to think and write about it I feel so uncomfortable already). In front of that there’s a pot of feces water that the Khmer Rouge soldier us to put the victim in so that they would wake up from their unconsciousness.

At building B I observe that there were wires fenced around the building by the Khmer Rouge soldiers, that was because some victims choose not to answer the Khmer Rouge’s questions and rather suicide. Inside this building I can imagine a lot more visual because there are paintings and pictures, especially those who died and those who are the leader of Khmer Rouge.

There are so many more things that I’ve seen and goes through, one of the thing that jumped up to my mind the most was how Khmer Rouge soldiers torture people with variety of violence activities such as, hang them on pot of water, putting venomous animals on the victim’s body, whip them with wires and even crash them with the wall.

This trip is definitely so emotional and touching for me. I really do want the next generation to learn about Khmer Rouge and especially I want them to visit the S21 one of the horrifying place to keep all the victims. All Cambodians should learn about this because we need to avoid this from happening in the future. We want to develop our country in a way that is logical and very effective and not violence.

*Pictures will be posted in a few days* 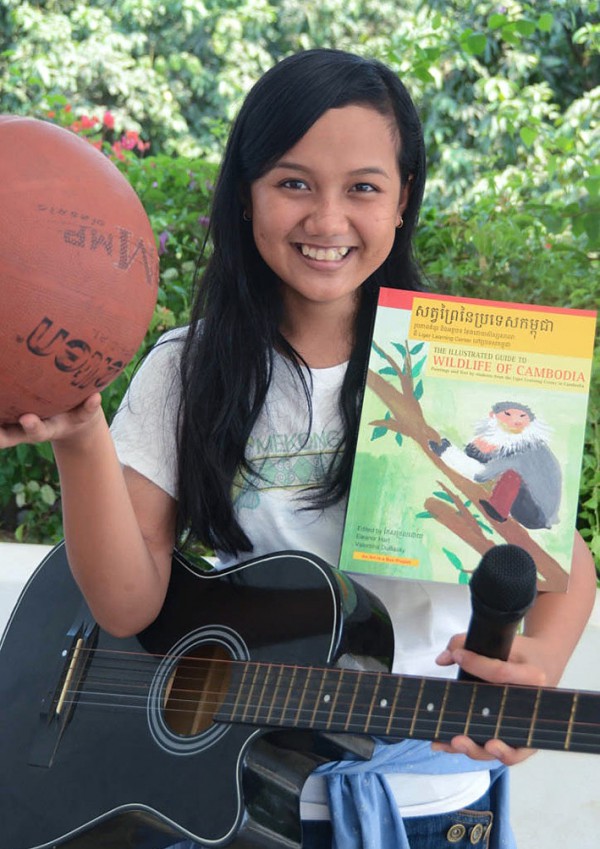 Every Wednesday I have an independent discovery (Ind. Disc) with Chhoeu (My classmate). We focus on music due to the passion and talent we both have. Throughout this independent discovery I’ve learned a lot from Chhoeu, I learn about guitar in general, I learn to listen to the note and sing correctly. It was an amazing experience to have a friend teaching me. At the end of this Ind. Disc we wrote a song together. I personally love the song, that was my first time to write a song. 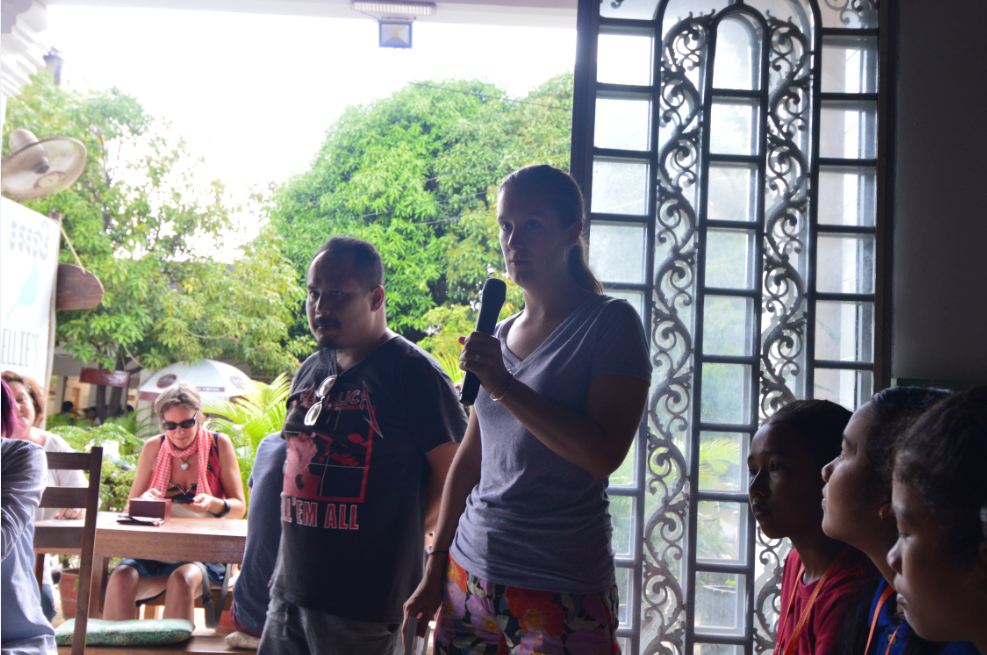 On Saturday, 7th of November five friends of mine and me went to Kampot with one of our facilitators. We went there for two days. Our goal is to get an idea on how to publish and write book. As I observed there weren’t many Cambodian that join this event. We are the only Cambodia, young girl that is in the event.

Article Name: A great day at the Kampot Writers and Readers Festival

Here are some activities that we did in Kampot: